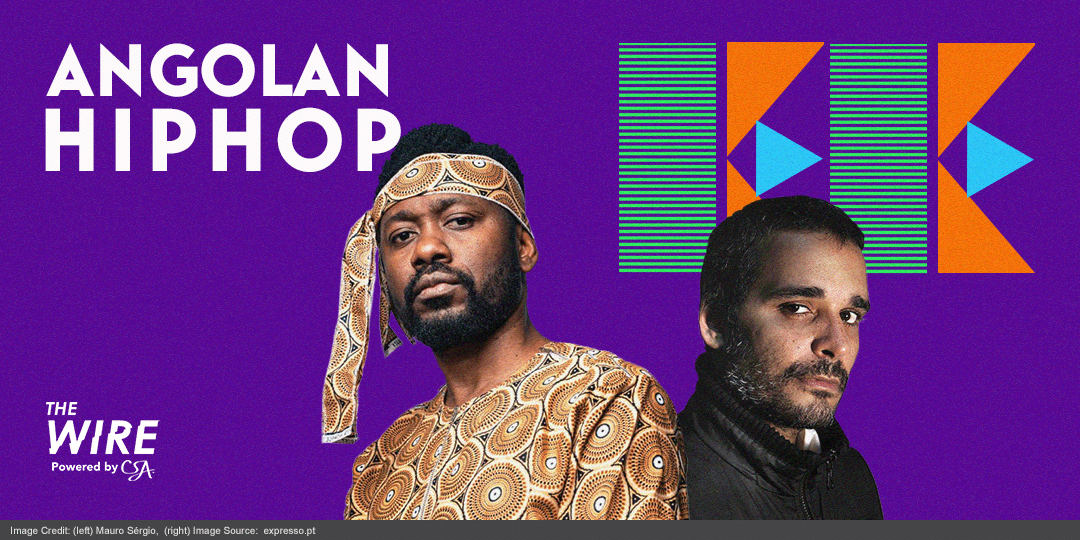  Hip-hop in Angola could get you killed.

Not so long ago, if you were a rapper and hip-hop was your game, in Angola, it could get you killed. Angola is a strange world of deep contradictions. Between an abundance of oil and diamonds, where champagne literally flows (Luanda has the highest consumption per capita of the world), poverty is endemic, corruption part of everything and is where children die more than anywhere in the world. And yet the soul of Angola is one driven to create, to express, to celebrate. It radiates from the wood carvings, ceramics, masks, poetry, music and of course its own style of hip hop. The WIRE celebrates a history in the making, from bloody underground social movement to the unique style of its own.

That time when we weren’t free.

The truth is that the “jewel of the Portuguese overseas empire” was born of conflict and violence. The brutality of colonialism and forced segregation would give birth to anticolonial movements. To subvert the authoritative ideology amongst urban masses, many of whom were illiterate, many turned to music. And almost magically, the power of art stoked the spirits of the brave. Illicit radio shows, secret dance clubs, and parties organized in the musseques (urban poor settlements) to LPs recorded in Lisbon, a new music scene emerged that not only celebrated a real Angolan way of life in the city — what locals call Angolanidade, or “Angolanness” — but also raised political expectations for the country’s poor.

Many songs between 1961 and 1975 became anticolonial anthems. For singers and songwriters, caught between the informants and censors, many had to go underground. Those who couldn’t hide their anticolonial sympathies were deported or sentenced to forced labour.

The expected benefits of peace and petroleum were reserved for a select few and did not translate through to the rest of Angola, post-independence. This galvanized the youth to spread social critique with a renewed audacity, and directly incite a sequence of protests which rippled through Angola. Banned from events such as festivals and actual concerts, they were forced to perform to small groups in underground areas. And so, history repeated itself, back to the musseques, making the underground hip hop music scene in Angola visceral, lively, dangerous and charismatic. Leading the movement were independent hip-hop artists such as MCK and Ikonoklasta who made no secret of their disapproval and disgust of the country’s government.

MCK – Katrogi Nganga Lwamba, better known by his stage name MCK/MC Kappa, is one of Angola’s best-known rappers. Katrogi grew up in the slums of Luanda selling clothes on the streets and witnessing social inequality first hand, before he started rapping. With a degree in Philosophy and Law, MCK, artfully composed his critique and recorded his music in hidden studios during Dos Santos’ reign. His narrative denounced poverty, inequality, political corruption and police violence through his rap. Featured on the BBC, Katrogi became the figurehead of rap de intervenção using his ironic lyrics to comment on the absurd details that make daily life in Luanda unique. Some of his hits during the time included a song mocking the new middle-class suburbs; another one defended natural Afro hairstyles against the norms of “good taste” circulating in Luanda.

Ikonoklasta – Born to a Portuguese Angolan family in Luanda with his father, João Beirão, a well-known member of the MPLA and the first director-general of then-President José Eduardo dos Santos’ Foundation, Ikonoklasta could not reconcile the socio-economic injustice he witnessed. An intellectual with a degree in Engineering from Plymouth University in the UK, and a second in Economics from Montpellier University, in France, he articulates a discourse around anti-corruption activism. His cultural impact is seen through his songs remixing old anticolonial hymns and, since 2011, he has helped organize protests in Luanda inspired by the Arab Spring. Ikonoklasta himself has been arrested many times, received anonymous death threats, and been beaten up in various police stations.

Following the fade of the glorious economic boom and immediacy of the civil war, conflict between the regime and rappers escalated. The logistics of disseminating their message were not dampened by not being able to appear on national radio and, rather, pivoted to self-piracy. Conscious rap music quickly became popular in a nation formerly subjected to Portuguese colonization, guerrilla warfare and the ripple-effects of the communist collapse. With the advent of the digital age, the Internet, flash disks, blank CDs, taxi operators and street vendors became anonymous, strategic modes operandi to distribute their tracks. It was a calculated act of civil disobedience, if not revolution.

Earning its place in the cultural heritage of Angola

History will show that hip hop in Angola was more than a form of entertainment. Weaponised, it brought people together, gave voice to the voiceless and exposed injustice and corruption. Artistically, hip-hop videos captured several seminal moments — which include footage from Angola’s civil war and world-renowned acts of civil disobedience like Vietnam’s burning monk and China’s one-man tank blockade, and are still circulating freely across YouTube. In other countries, where the music video remains just an art form, in Angola it transformed into documentary and was significantly dangerous to produce let alone share at the time. At one time, rapping could get you jailed, tortured, or killed in Angola. Today the hip-hop scene is thriving.