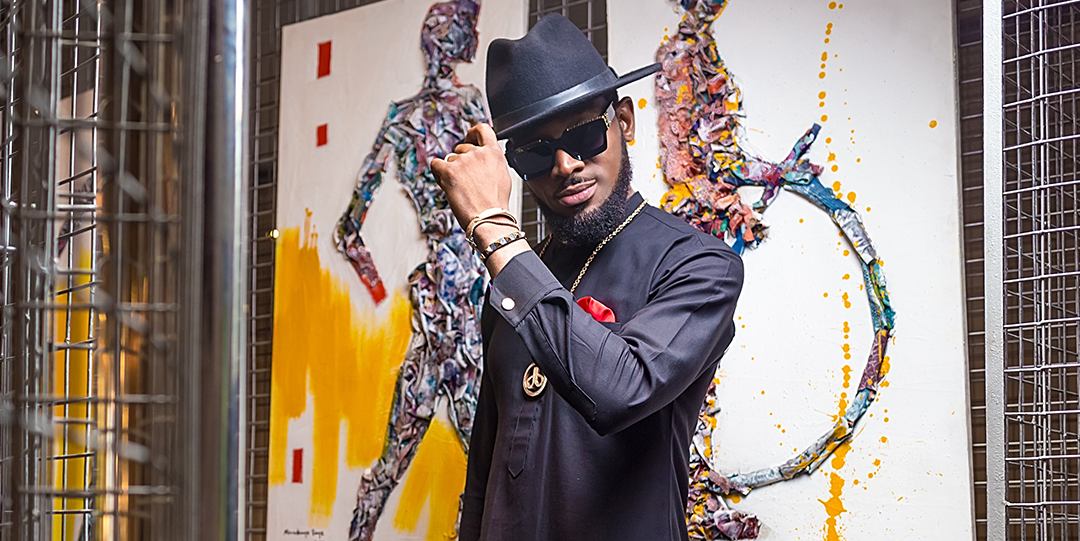 African Icons: D’Banj and the business of Music

This is a story of a man whose indomitable spirit inspired visible hope. It’s about a man who, against all odds, carried a music genre now known as Afrobeats across the ocean and became the first and only Nigerian Afrobeats artist to climb to number 2 in the UK and #1 in many European and African countries in 2012 with his single, “Oliver Twist”.

He is known as the “Koko Master” and “King of AfroBeats” but – apart from a string of international hits and sold out international performances – D’banj’s greatest legacy is that it is he who turned the world on to Africa, music-wise. His seminal hit “Oliver Twist” not only showcased a dynamic urban relevance and a dance music sound unique to Nigeria, but also paved the way for other artists to follow, by fully embracing their heritage & culture.

An upbeat fusion of Afrobeats and electronic dance music, “Oliver Twist” notably topped the African charts in 2011 and was a top 10 hit in the UK singles chart in 2012 reaching No. 2 on the UK R&B chart. D’Banj would go on to win several awards including Best African Act at the MTV Europe Music Awards 2007, Artist of the Year at the MTV Africa Music Awards 2009, Best International Act: Africa at the 2011 BET Awards, Best-selling African Artist at the 2014 World Music Awards and Evolution award at the 2015 MTV Africa Music awards.

And being D’banj, he’s rarely in limbo. Late last year, he went into the esteemed Black Star studios in Los Angeles with exciting young producer, Enoch “The Producer”, song-writer/producer Justin “Poo Bear” Boyd (credits include Billie Eilish and Justin Bieber’s “Bad Guy” Remix and Bieber’s “What Do You Mean”) and song-writer/artist Stacy Barthe (who co-wrote “Brown Skin Girl” and “Bigger”, two of the biggest hits off Beyonce’s “The Lion King: The Gift” album).

To some degree, the body of work is a stoic and uplifting sound, a salve to the loss of his and wife Didi’s devastating loss of their one year-old son, Daniel III, in a tragic accident. Indeed, the birth of his son, Zayne, during the recording process resulted in a restoration of self.

Sounding like nothing he’s done ever before, no doubt D’banj’s next chapter is about fusing Afrobeats with other music genres: “I wanted to tell a story that opens your ears to the world but always brings you back to Lagos. To me, Lagos is more than just a place. It’s a state of mind – and I always want to be seen as a source of visible hope,” he says.

As for longevity, D’Banj’s flair for artistry extends to a savvy understanding of business. He turned a liking of his sound by the eminent Kanye West into a contract deal with his G.O.O.D Music record label as an artiste. This was followed up with a multi-album mega deal with Sony. His brand awareness extends to being the official African ambassador for Beats by Dre and for Ciroc Nigeria.

Looking to the future and a Pan African market, D’Banj is vastly immersed in information technology, especially value added services and Content Digital distribution and owns MCOMM Ltd and D’ Kings Men Media Limited (a 360 Media Company) which leverages his digital moves. THE CREAM PLATFORM, a partnership between Kings Men Media Limited and MTN Nigeria and the Bank of Industry is an example of this digital foray. It is a creative talent platform to help discover young creative minds across Nigeria by simply by dialing a USSD code on a mobile phone. It has over 2 million paying subscribers and has discovered 100s of talents from the music category alone.

D’Banj, as an example of the modern African artist, serves as the original success story for upcoming generations of Pan-African talent, many of whom he has mentored, including the likes of Davido and Burna Boy. Because it’s not just about being prolific with your creative output to have the world take notice of you. It’s also about pursuing a career with a sound business acumen along with diversified interests and investments. This is a position that artists from Africa have never operated from before and, even for this alone, D’banj is both a trailblazer and an African icon.