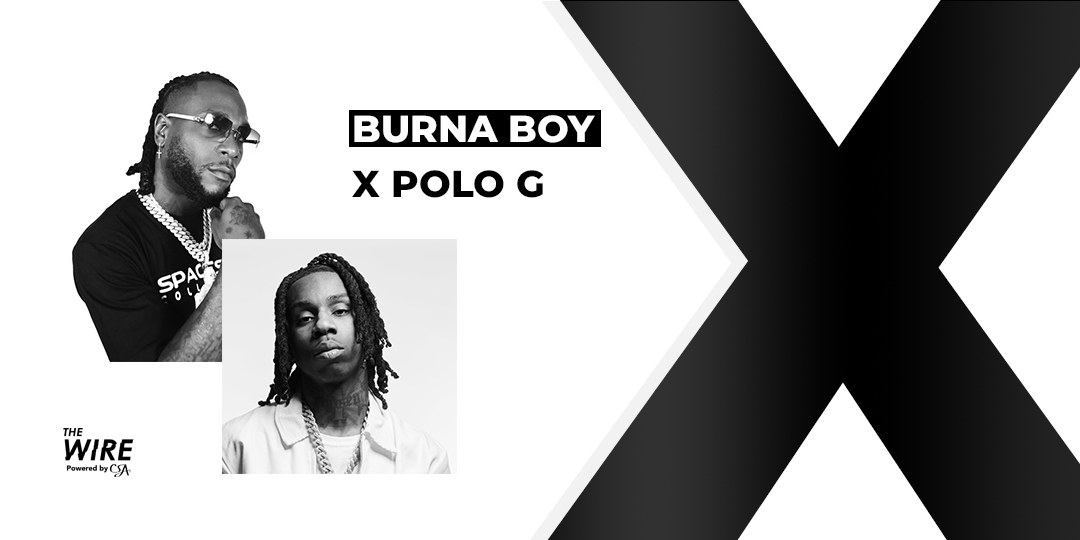 Nigerian superstar Burna Boy is currently blazing brightest. Hot off of the heels of 2020’s “Twice As Tall”, Burna has had a busy time this year, including a Grammy award, a milestone one billion views of all his music videos on YouTube and a debut, sell out performance on the weekend at the historic Hollywood Bowl in LA as part of his Space Drift arena tour.

It should come as a surprise that with this non-stop upward trajectory of his talent fame and success, that Burna Boy would seemingly pause for the briefest moment and drop a very reflective track about his journey, indicating a depth of awareness revealing of his humanity.

“I Want it all” features Polo G, an American rapper who rose to prominence with the singles “Finer Things “and “Pop Out” (featuring Lil Tjay) in 2018. In 2019, he released his well-received debut album “Die a Legend”, which peaked at number six on the US Billboard 200. Polo G was originally known for his Chicago drill sound but eventually transitioned to a more melodic style. He has been noted for his “vivid and explicit storytelling”, narrating often tough subjects including racism and mental health.

“I’ve been watching him for some time, and I just knew this had to get done, but it had to get done in the perfect way where the whole world gets to feel the reality of both of us,” said Burna Boy. The melodic track, released as a third single, brings together Port Harcourt and Chicago and deconstructs the star’s journey from humble beginnings to realizing his ambitions of becoming a successful music artist.

Production on the track is courtesy Smoke Ono and Sean Silverman, infusing the Afrobeat sound with hip-hop elements and an upfront street authenticity

The song’s video, directed by Adrian Yu, is a photo book of Burna Boy’s rise to fame, warmly featuring some of his biggest supporters and fans.

As Burna sings on “I Want It All”: “Who’d have thought I’d make it this far … did it all worth my art and it came from the heart.”