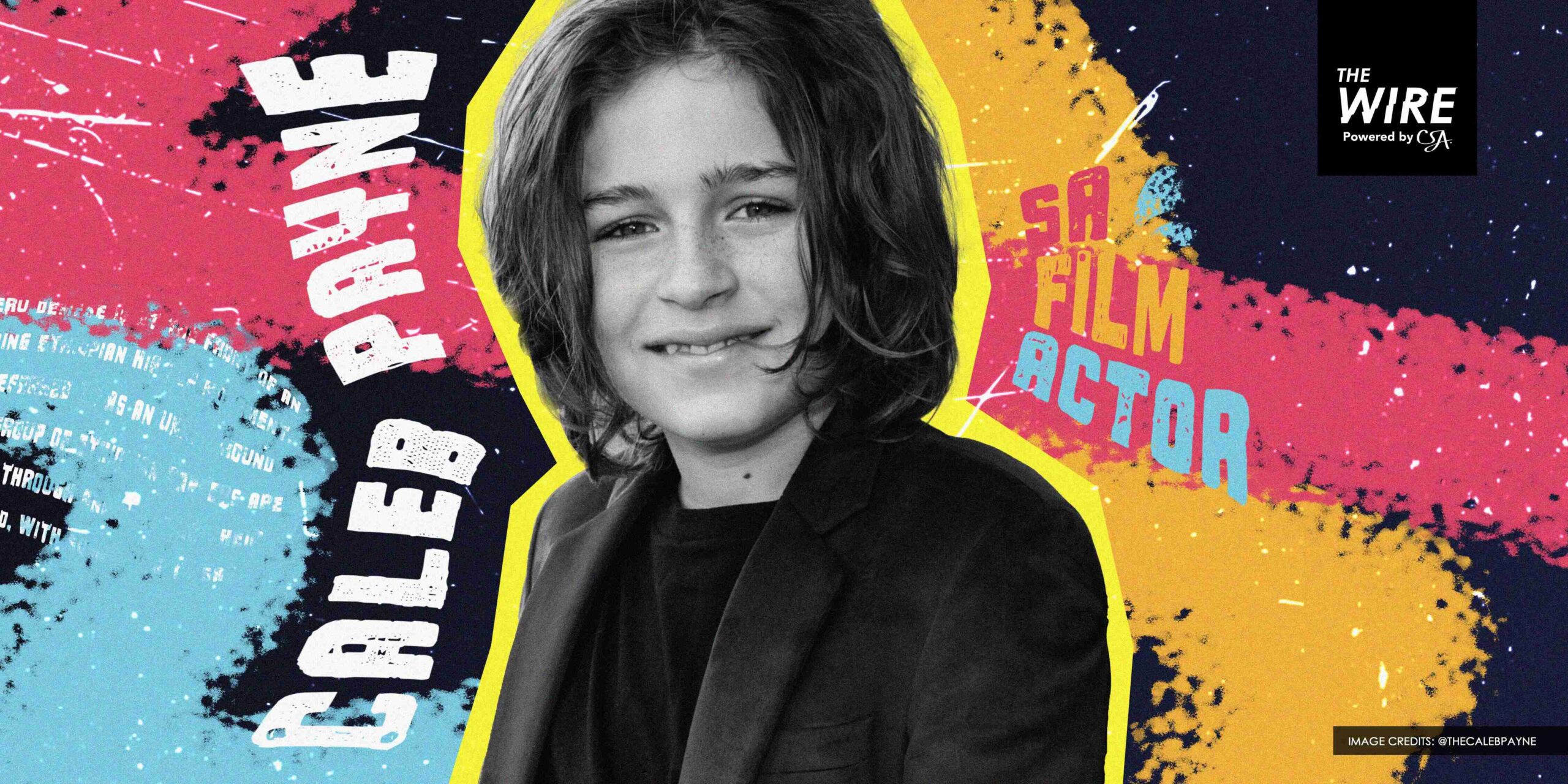 With a career of significance in the making, 11-Year-old Caleb Payne represents a new gutsy generation of actors. On the heels of our newly minted Hollywood princess, Thuso Mbedu, the young Cape Town talent struck gold when he recently won the Youth Artist Academy Award at the Directors Guild of America in Los Angeles. His win was the first for a South African actor in the 43-year history of the awards, also known as the “Youth Oscars”. As the world pays greater attention to the talent rising from South Africa, Caleb – like Thuso – is indicative of the new face of African Film and its heritage of unsung heroes & storytellers.

Caleb is in good company with his win. Trevor Noah is the only other South African to receive a Young Artist Academy award, that for Journalistic Excellence, in 2020. Held annually in Los Angeles since 1978, the “Youth Oscars” are Hollywood’s first and longest-running youth awards. Previous nominees and winners include Scarlett Johansson, Leonardo DiCaprio, and Jennifer Lawrence, all of whom have gone on to have lucrative and successful careers, appearing in culture defining films. Foreign films and actors from outside of the United States seldom feature at the YAA, making Caleb’s achievement even more phenomenal.

Caleb was recognized for his portrayal of an Albanian refugee in the independently produced South African film Good Life (Netflix 2021). Directed by South African Bonnie Rodini, the film tells the story of a thirty-something-year-old with a broken heart who flees to a small town in Greece. Payne plays Jet, a 7-year-old child refugee who becomes a guide and negotiator to Olive (played by Erica Wessels). The film also stars award winning actors Sven Ruygrok, Robyn Scott, and Jennifer Steyn.

A career in the making.

At 11, Caleb is already a seasoned actor, jobbing in several films, series, and plays. His passion for drama and acting began with commercials when he was just six years old. He has since appeared in The Kissing Booth 3 (Netflix 2021), Resident Evil (Netflix 2022), Warrior S1&2 (HBO 2018) and Abraham Lincoln (History 2021). On stage he played the role of ‘Eric’ in GWB Entertainment’s international touring production of Matilda, The Musical. Locally, he has been seen in such productions as MNet’s successful series, Lioness, where he acted alongside some of South Africa’s acting elite including Frank Rautenbach, Natasha Sutherland, and Fiona Ramsay.

Without stooping to catch a breath, Caleb’s next projects include the play Edward II, to be directed by the award-wining South African playwright Marthinus Basson. Also look out for Caleb’s starring role in the feature film, The Fix, opposite Daniel Sharman (of Teen Wolf and Fear the Walking Dead fame), directed by Kelsey Egan, known for Glasshouse (2021), Trackers (2019) and Warrior (2019).

Remember the name – because Caleb Payne is just getting started.