CSA managed the production of a massive show and street parade, as well as a performance by R. Kelly, to launch the City of Cape Town’s World Cup experience of FIFA 2010.

The Mandela Legacy Canvas Event was held in Cape Town’s City Hall in July, 2011, to celebrate former President of South Africa, Nelson Mandela’s Birthday. CSA conceptualised the event, produced the show and raised R3 million for the Nelson Mandela Foundation, and the Mayor of Cape Town’s charities. CSA managed the event and publicity for the handover of the massive canvas to the successful bidder, British American Tobacco, South Africa. CSA also facilitated the presence of several high-profile celebrities at the event.

Named “Cape Town’s greatest World Cup event,” CSA conceptualised, produced and managed all logistics and coordinated all entertainment for the Host City Fan Walk for The City of Cape Town in 2010.

From 2004 to 2008, and in 2010 and 2012, CSA conceptualised the massive and successful street events and carnival parades for this beloved Cape Town event. CSA also managed all logistics, artists, security and technical aspects of these events.

Ending the year off in style, CSA produced & managed the World Design Capital 2014 New Year’s Eve party on Cape Town’s Grand Parade. Under the aegis of the International Design Council, World Design Capital status is afforded to cities that have used design as a tool to reinvent themselves and improve social, cultural and economic life. Cape Town is the first city in the global south to have been awarded the status. Celebrating the occasion, CSA produced a dance music event that included a unique, triangular stage and effects.

For the prestigious Johnnie Walker Blue AABLA Awards, CSA managed all branding and event requirements for the client, Diageo Reserve. CSA managed this event throughout the regional rounds in Logos, Nigeria; Kigali, Rwanda; Johannesburg, South Africa; as well as the grand finale in Durban. The AABLAs celebrate Africa’s business leaders in a number of categories across the continent.

CSA was appointed by Da Banda Model Management to handle the event management for the final of ELITE MODEL LOOK SOUTH AFRICA at the Sandton Convention Centre in Johannesburg in October. The world’s largest and most renowned international modelling contest, Elite Model Look holds contests around the world in search of the world’s next top model (a world final is held annually in a different country each year). Performers at EMLSA included Locnville and Toya De Lazy.

NATIONAL DAYS OF IMPORTANCE – DECEMBER 6-15: REMEMBERING MADIBA
December 6 – 15, 2013:
CSA was afforded the honour & privilege to be the appointed event management company by the City of Cape Town for a series of events to celebrate the life of the father of the South African nation, Former President Nelson Mandela, upon his passing on December 5. The 10 days of events held in front of the balcony at the Cape Town City Hall. 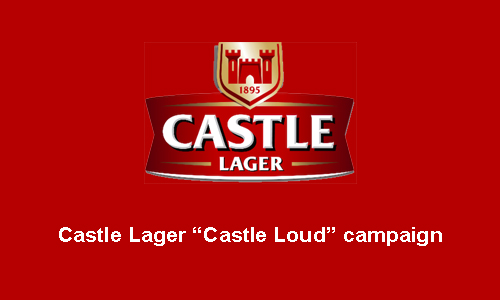 2019 was one super successful year for SA’s biggest entertainment star, Bonang Matheba. “A Very Bonang Year” takes viewers on Queen B’s ride of her life as she journeys around the world. In association with Red Button Films.

A GLOBAL NETWORK WITH IMPACT