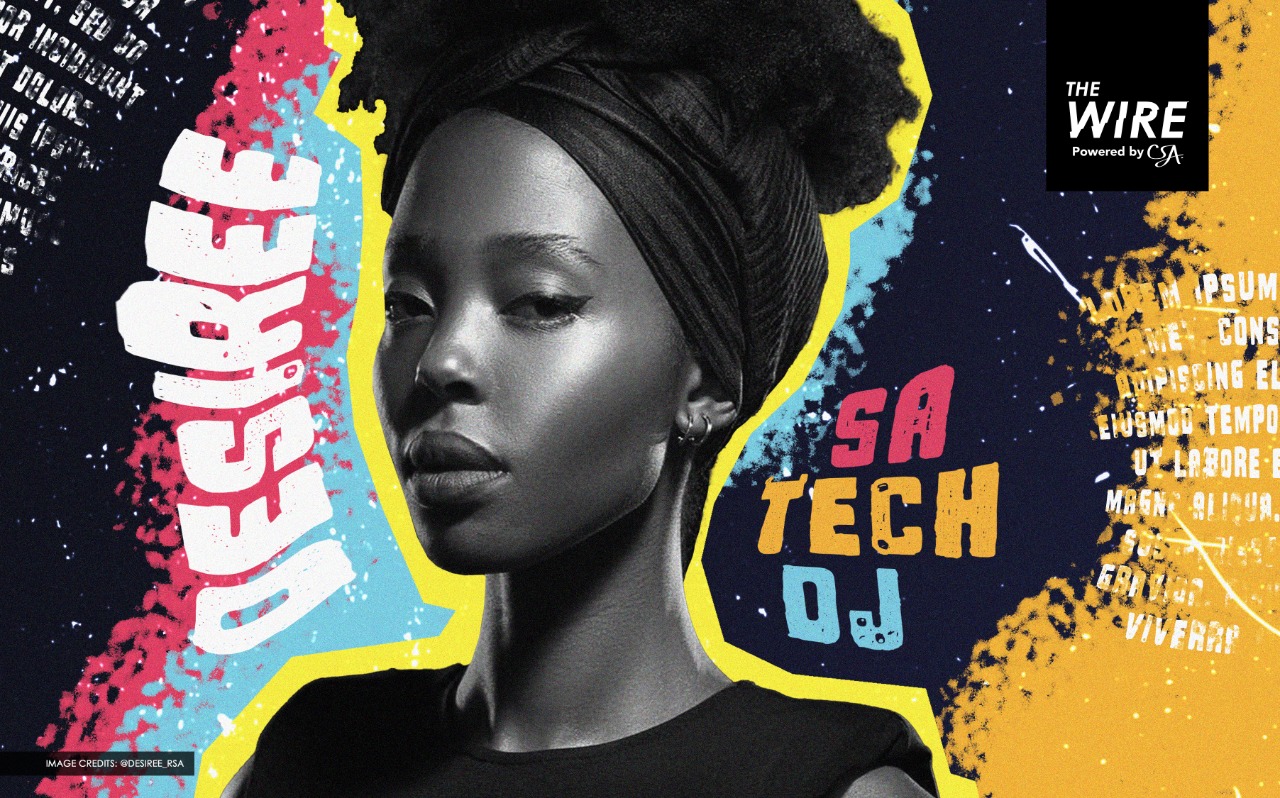 Desiree, aka Palesa Desiree Shilabje, has swiftly gone from obscurity to her position as one of South Africa’s most promising house music DJs. Her sonic palette straddles the percussive elements of her African heritage and the synths inspired by her appetite for techno and house music. In her performances Desiree creates eclectic house and techno sets, fusing traditional syncopation and drums, which have set dancefloors ablaze both locally & abroad. In an ever-evolving genre like dance music, Desiree is a culture maker and shifter, rising up to be the new face of African dance music. That this world is dominated by men, has not gone unnoticed. Released under the Bae Electronica label (which showcases the talent of black women house musicians), Desiree’s critically praised debut EP is simply titled: “Femme Tech”.

A beginning of beats.

The future of Desiree’s life has seemingly tip toed around her youth. A love of fashion would lead her to becoming an international model and an international DJ. “The music that played during the fashion shows was largely electronic. I found myself jamming to house, techno and electronica tunes on full blast in my grandmother’s living room. My family, friends and neighbours all thought I was a weirdo,” she explains.

The world of modelling

The world of modelling presented a perfect fit for Desiree. Here the naturally extremely slender and tall Black girl found a sense of belonging and was no longer body shamed for not having enough meat on her bones. Desiree articulates that the beauty standard in black South African cultures is not tall and skinny. Curves are sought after and she don’t really have them. The model industry, with its thumping electronic soundtrack would further galvanize the dance music lover to collect and organize, then curate, her own mix tapes to be released on Soundcloud. The transition to DJ was a simple hop away.

“I am both grateful and overwhelmed. It is a privilege to be able to curate sonically pleasing journeys for people. As a Black South African intersex woman, I weigh very little on the privilege scale. The odds are stacked against me, yet, here I am pursuing my dreams and turning them into something fulfilling. I am proud of myself.” Desiree, 2022

Her journey began with a Rackless Kazi residency in Zambia in 2019 and received impetus as a top 10 finalist in UltraSA King of The Decks in 2020. 2021 saw Desiree make her first European tour while this year has been an epic journey of back-to-back sets with Black Coffee and Keinemusik, as well as sharing stages with DJs Honey Dijon, Mano Le Tough, TSHA and Erol Alkan. She has played Circoloco, Hi Ibiza, Wecandance Festival, Lost Village Festival, Nyege Nyege and Mixmag in 2022, and in June released her debut EP, “Femme Tech”, strongly supported by BBC 1XTRA and Beatport.

A proud intersex woman, Desiree also strives to provide representation for marginalised groups via her Boys Club initiative, a movement that seeks to bring attention to both talented women and queer communities in house music.

Brave and authentic, Desiree came out on twitter as intersex. She explains: ”It just feels great to be my authentic self on a day-to-day basis and also provide representation for intersex people in media. I know how lonely it was when I found out at the age of 21. I was ashamed and lived in secret. It’s still difficult because of the [pervasive] heteronormativity of the world we live in, however, I would not change my decision to [share my truth] for anything.”

The future is bright.

With only three years of music-making under her belt, Desiree is smashing stereotypes and expectations. Behind the decks, she is crafting new narratives, new spaces and new perspectives, and is powerfully a new face for African cultural heritage.