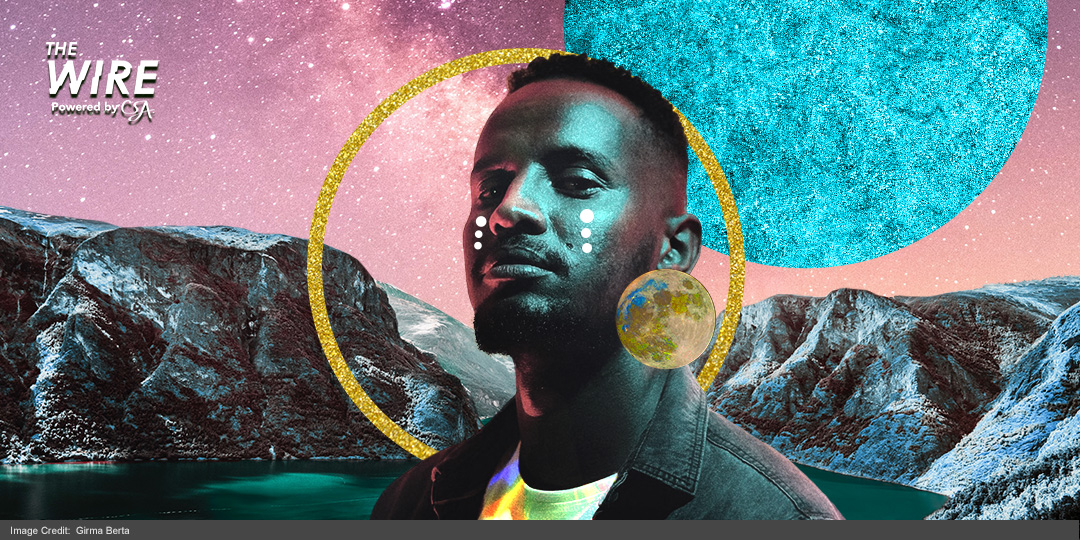 Fanuel Leul: Digital Artist with visions of the future.

Fanuel Leul is from a new generation of Digital Artists from Africa who are taking the creative and design world by storm. His work is articulate and sensitive, positioning him as one of the leading protagonists of Afro-futurism. Fanuel’s imagination is robust and agile, and he dexterously accesses the collective African unconscious to spin tales of the future. His personal style strongly emanates joy, peace and hope, counterintuitively to the way that most of Africa is currently depicted in Western news. This optimism is the driving power behind his expression of an aesthetic & philosophy that explores the intersection of African history and diaspora culture with science and technology. Afro-futurism is his genre, and his work is collectible via NFT’s on various platforms. If Africa is the future, Fanuel is our seer.

It is fitting that Fanuel is from Dire Dawa, Ethiopia, and now based in Addis Ababa. History is soaked into the soil here. Regardless of the contemporary hustle and bustle, between the upload and download speed, designers, artists and other culture makers have embraced new technology to create art and express themselves. That this is happening in Africa is no mistake. Here, innovation is born of necessity. Fanuel’s early love of sketching superheroes like Spiderman and Batman, would find purpose and direction in his 3rd year in college. A photo manipulation class opened up a new world of art for him. That he enjoyed both would lead to an obsession with digital arts.

Fanuel’s visions of African sci-fi are seamless. They instinctively weave African motifs, themes, history and traditions with sci-fi elements that feature technology in a very believable way. There is no fear of the other, rather a recognition of what could be. “Science fiction has a unique ability to stretch our imaginations more than other art themes. Sci-fi creates a combination of the rational, the possible, and the miraculous which inspires in me a ‘sense of wonder’ that when told in the African perspective, creates a wondrous world,” says Leul.

The drama of African visual arts is what excites Fanuel. Regardless of simplicity, there are tensions between bold lines, colour and texture which vibrate with rhythm and movement. His encounter with Kenyan photographer Osborne Macharia’s Afropunk artworks were defining and directed his leaning towards Afro-futurism, as well as an understanding the vast breadth of the style. Indeed, Macharia’s use of contrasting colours heavily inspired Fanuel’s own themes.

Leul is also moved by Bulgarian photographer Svetlin Yosifov. The artist has epic photographs of African tribes which Fanuel has studied for character inspiration.

Ideas come to Fanuel randomly, from movies to books, or simply commuting to work. Intense research follows on narration, aesthetics, and composition. The less creative part is then collecting 100s of references and images from the internet. Additionally, the artist will take photos and then create a collage of the images. This will be the foundation of the piece. Finally, he will blend the artwork on photoshop and paint in detail using a digital drawing tablet. Some individual pieces are destined for NFT minting. Sometimes he has a complete theme that he develops, like his series of robotic African masks.

Qedamawi is a comic book project with the intention to narrate African history in a new light, mixing the epic stories of African Kingdoms with fantasy and the supernatural. The project’s genesis took place during the 120th Adwa victory holiday, when the country celebrates Ethiopia’s victory over Italian forces. Since this Holiday is a big deal in Ethiopia, it is common to see local artists creating artworks that commemorate the day. After creating an artwork that showcased Ethiopia’s patriots as superheroes, Fanuel decided to tell the continent’s epic history through a comic book format – the perfect combination of storytelling and art. Qedamawi now has a structured team of story writers, digital artists, and illustrators and will be launching its first issue shortly.

Fanuel believes that Africa is filled with untapped inspiration and, as a creative, he looks to his own Ethiopian heritage first and then layers it with other African inspiration. The sheer variety and depth – from outfits and ornaments to attitudes and characters – is found nowhere else. “I am always wondering of a sci-fi future that is based on African culture. I love the beauty that is created by the vibrance of African characters juxtaposed with an industrial and robotic future,” says Fanuel, adding that his artwork “narrates a setting rooted in African history and tradition. It looks at a future that still holds true to its roots.”