“It’s not only how you start but how you finish that counts.”

That was how C.S.A. Founder, Francine Le Chat, sadly passed in Los Angeles on July 4th,  – viewed both work and life, in its broadest sense. And she made good by her dictum.

A pioneering visionary in the PR & events industries and in philanthropy, the global outpouring of love and tributes to Fran upon her transition is testimony to the towering presence and larger than life legacy she has left in her wake.

Starting her career as a woman in a (then) man’s world, Frannie, as she was known affectionately, turned the marketing industry inside out when she conceived and produced the first Mr South Africa event in the early 90’s.

Founding Celebrity Services Africa in 1994, Fran also was one of the first to start bringing celebrities to post-apartheid South Africa, amongst them Roya Megnot from Loving – a popular US soap opera of the time – for M-NET’s Red Nose Day; Naomi Campbell (Ms World 1995) and; Djimon Honsou and Kimora Lee Simmonds for the Mandela Legacy Canvas Event in Cape Town, 2011.

To all who knew or met Fran, they recognised a vibrant, creative and fiercely loyal person who was also powerfully compassionate. Spirit-filled, Fran always thought of others first and weaved this philosophy into her work, often fighting against social ills in the process.

She was one of the first to bring racially mixed shows to Johannesburg’s northern suburbs in the late 80’s and then created events which touched the hearts of children, from the massive, successful Children’s Day events at Zoo Lake, Johannesburg (which she dubbed “the promised land”) for the Office of the Presidency in the late 90’s and early 2000’s, to events for the Gauteng Department of Social Welfare. At one event, a group of township teens who had been imprisoned for life asked to see “the lady”, proceeding to hug Fran after she had selflessly sourced and given them some Kaizer Chiefs kits. In a way, she changed their lives.

There are too many of these vignettes to place in one feature on Fran’s extraordinary life, although walking down the streets of Alexandra, Joburg, followed by children as she helped them build a crèche, simply has to be mentioned.

Having introduced Naomi Campbell to Nelson Mandela in 1995, Fran also became one of Madiba’s cheerleaders, sourcing money from the rich to give to the poor as well as for the Fmr President’s own Foundation. He never forgot and when one of C.S.A.’s client’s at the time – Planet Hollywood Cape Town – had a catastrophe in which people lost their lives through a bombing, Madiba was one of the first to come down to be with Fran at the site.

Motivated by the idea that “impossible people make the impossible possible”, Fran inspired the TV music show “Castle Loud” (produced by C.S.A. with Urban Brew Studios) which launched the careers of a number of artists, from Zola to Danny K, and, after relocating to Cape Town in the early 2000’s, produced some of the city’s biggest productions, from the summer Festive Lights Events to the FIFA Fan Walk (where she insisted that some of the city’s “Mom and Pop” vendors be allowed to sell their wares in colourful huts set along Somerset Road; she wanted all to share). 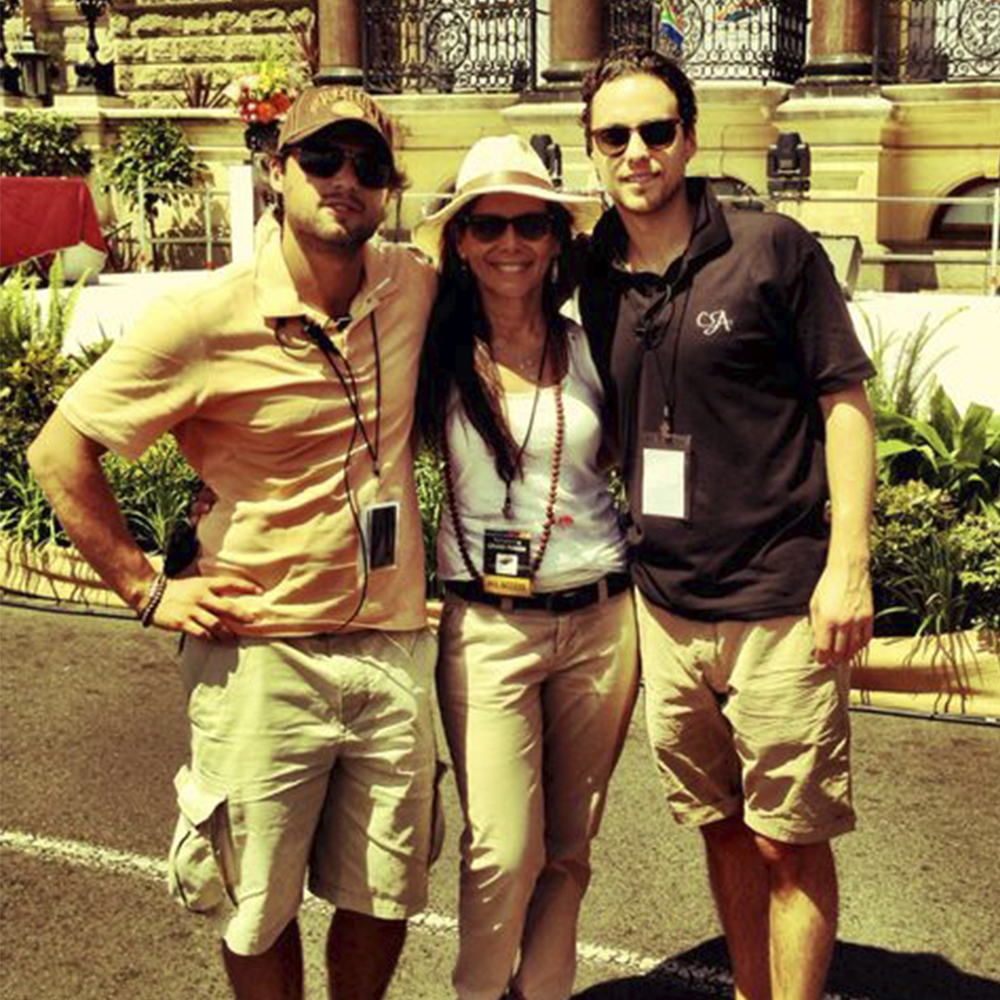 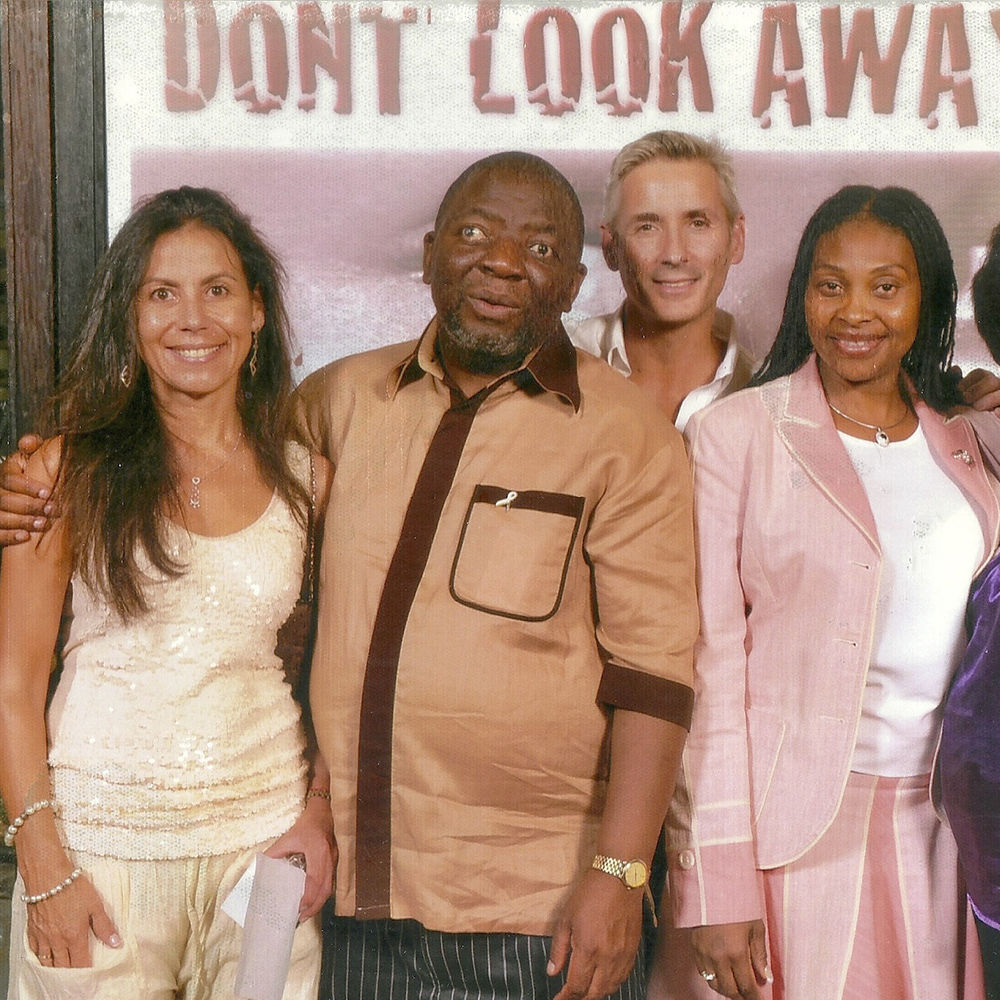 With an eye for talent, Fran also had a hand in launching the careers of many of today’s best-known stars including, amongst others Unathi Nkayi (“she’s fresh & unique – I love her” said Fran after they first met).

More recently, Fran produced and directed the Mandela Legacy Event in Cape Town in 2011, raising R3M for the Nelson Mandela Foundation and Mayor’s Charities in the process as well as Memorial events held in Cape Town on the passing of Madiba in 2013 while her PR clients such as Camelot Spa have become household names.

Indeed, her stature as a doyen of public relations in South Africa – for which her integrity made Fran a beacon in an industry often polluted by spin – comes from a legacy of over 30 years in the communications industry.

For Fran had the knack of making you feel as if you were the only person in the room and that nothing could get in your way of succeeding. She showered those around her with love and inspired those she felt could use the inspiration.

She dreamed big – even opening an office in Los Angeles to build a cultural bridge between continents – and was also a consummate matriarch who believed that family (her husband Marc, sons Jaren, Brannon and Davin and daughter Emmanuelle) was everything.

Francine Le Chat is a woman upon whose shoulders many other women today stand.

As for the men she helped raise up, they include the directors of C.S.A. who will honour her legacy by continuing – as a family and as a company – to dream big and live their best lives with integrity, love and light. Just as Frannie did.