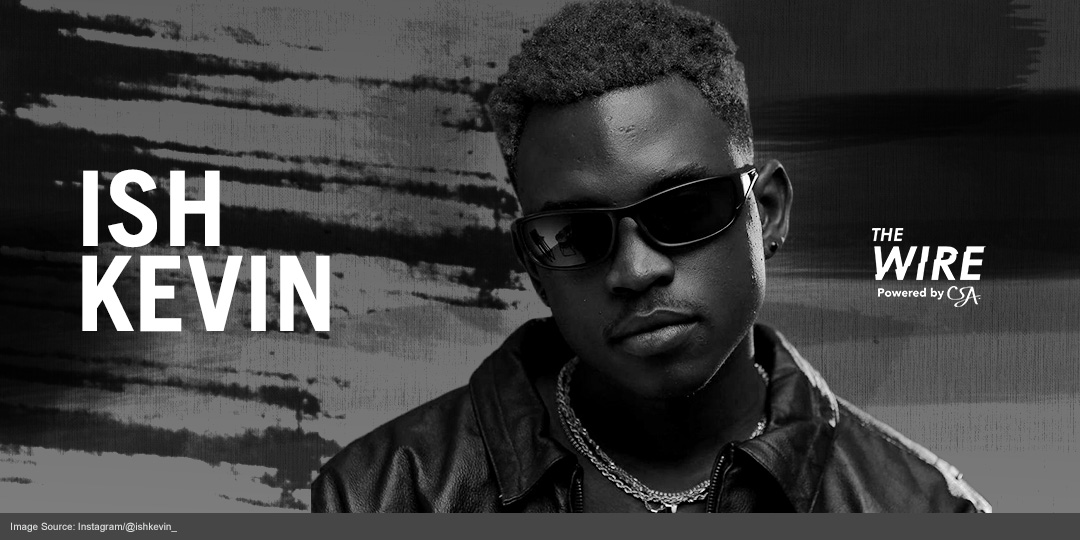 Ish Kevin has been cast as the architect of a new Rwandan cultural movement. Its intention: to bring his country’s music to the world. Contemporary Rwanda is no picnic. The 1994 war obliterated the country’s economy, social fabric, human resource base, and institutions. Almost 90 percent of the population lives on less than US$2 per day and half of its population lives on less than US$1 per day. But Kevin Ishimwe Semana aka Ish Kevin is delivering a new message of optimism to a jaded, disappointed youth. If he is a new prophet, “Trappish” is his message.

Ish Kevin has taken ownership of a gritty sound founded on the fusion of trap and drill, mixed with high energy poetic flows in Kinyarwanda, Swahili, English and French. It is unique and seemingly definitive for the region that gave birth to it. Ish Kevin’s contribution is a trailblazing account of innovating the feisty genre. For him, it’s more a collective than a sound and he is simply the catalyst within the movement in creating a new philosophy of inclusion and optimism.

Where earlier stalwarts of ‘Kinyatrap’ narrated discourses in social critique and devastation of street life on the population, Ish Kevin has turned it 180 degrees. His message – of inspirational hustle and invested grind peppered with parties and the reward of good times – struck a chord with the youth, who have all just about had enough of reality. As a rapper, songwriter, digital influencer, and entrepreneur (he has founded his own recordings studio), Ish Kevin has cast himself a hero of this zeitgeist, seizing opportunities created by technology and crafting a new future by the grit of his teeth. “In my songs most of the time I’m encouraging the youth like, let’s go hustle. Let’s go look for the money. And most of the time I talk about enjoyment. In Rwanda, all the past years, hip-hop has been talking about streets, people crying, hunger… bad life, you feel me? But for us, our fight came with something like enjoyment. Having fun, parties, talking about girls… The new generation in Rwanda these days likes to enjoy themselves.”

The deft handling of the osmosis of Drill into KinyaTrap, yielded a freewheeling EP of solo and collaborative Drill-influenced thumpers with a self-anointing vigour. He would quickly claim frontrunner position of Rwanda’s breakthrough artists, soundtracked by “No Cap”, a sturdy banger acclaimed as one of the hardest Drill songs of the year by GRM Daily. Ish Kevin’s artistry would be praised for a formidable rap ability and his performances notable for oozing star power. This ensued a confidence and success manifesting at his recent Stadium-size headlining concert.

“Trappish 2”, a mixtape of collaboration

His latest release “Trappish2”, is a seven-track mix tape that features big musicians locally and internationally, including Yannick YMK, pioneer of Kinyatrap, Kivumbi King, Confy, and Ycee. The slick production of the project is attributed to the power of inclusion and working together. “In Rwanda, a producer can produce a song for you but he doesn’t want any other producer to touch it. But when we came, we were like, ‘Yo, why can’t, like three producers, even four, work on one song and we make a hit together?’ On my latest EP, “Trappish II”, each song has at least three producers on it, some four.”

Ish Kevin goes on to name drop his collaborators generously. “There’s a producer from Burundi, a guy called Thecember, who produced “My Year”. He’s a new kid in the game and he’s doing good. He just made a cover of “Finesse” and it went viral. The guy I call my main producer is Pro Zed. And there’s Bailey (bailey99beats) who produced “Clout” with Ycee. There are a couple of producers here that we work with in different vibes.”

Breaking out has been a challenge for Rwandan artists, given that the population is mainly Swahili speaking. Ish will not be waylaid by obstacles. He says: “I want to put Rwandan music on an international level. I want Nigerian people to listen to our music. I want South African people to listen to our music. And that shouldn’t stop us from putting something Rwandan in our music. There’s nothing that we can’t make happen.”