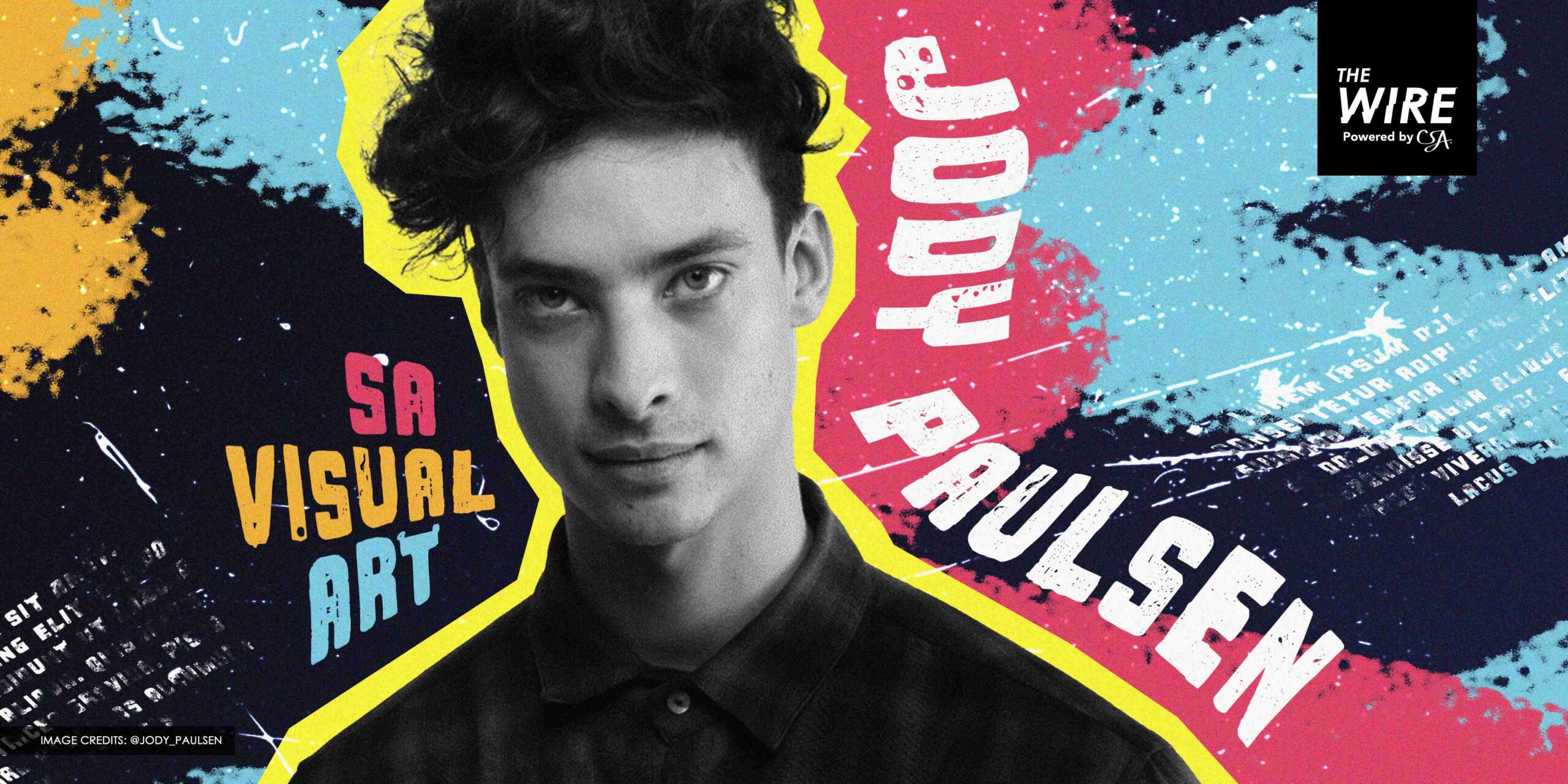 Rising art star, Jody Paulsen, occupies a very unique position in South African art. It would be remiss not to observe that the young artist is a person of colour, lgbtq+, and whose art career began at the prestigious University of Cape Town’s Michaelis School of Fine Arts, an institution who under apartheid would have precluded Jody from studying there. And yet Jody’s talent is formidable. Inspired by artists such as Yayoi Kusama, Tracey Emin and Sarah Lucas, Paulsen has made a name for himself with his large-scale felt collages. Between fabric and construction and their bold narratives, Paulsen has subverted the notion of tapestry into something new altogether. Acquiring both academic and design interest, he is one of the new faces of African Heritage.

A brief schooling context, and into an internationally recognized Art career

Jody Paulsen was born in 1987 in Cape Town, South Africa. He still lives and works here. In 2009 Paulsen graduated from the University of Cape Town’s Michaelis School of Fine Arts specialising in Print Media. He was awarded the Katrine Harris Print Cabinet Award in the same year. In 2012 Jody Paulsen received the Jules Kramer Departmental Scholarship Award and went on to complete his Masters Degree with a solo exhibition, ‘What You Want, Whenever You Want It’, in 2013. Notably, a solo presentation, UNTITLED, took place in 2017 Art at Miami Beach in the USA.

His work and process

In a conversation with Between10and5, he talks about his art making process. “My process is really laborious, but it does not feel very laborious when you’re in the thick of it. I tend to have obsessive thoughts which I record quite meticulously in my diary every day. I collage these thoughts into a text similar to the way one would write a poem. Once I have resolved the text in my diary, I start recreating the text in felt.” As such, he continues to state that his process of production for a single tapestry can take up to a month to complete. It is also a cathartic process as Paulsen often isolates himself when producing work for an upcoming exhibition.

Even though Jody says he is not a political artist, his work is feisty and, when thematically touching on the politics of gender and sexuality, canters seemingly into the forefront of politics. Paulsen is articulate and cutting in his series of an illustrated coat of arms which subvert the fascist LGBT laws of countries such as Uganda and Jamaica. Appropriating these insignias, Jody turns them into a utopian vision of a ‘homotropical’ paradise that “celebrates rather than derides sexual differences”.

According to SMAC Gallery, his medium, fuzzy felt, is a potent choice. It’s a textile associated with children’s playtime and early learning experiences, but when transferred into the contemporary art space and paired with Paulsen’s thematic explorations, creates a fundamental tension between content and medium.

There is a drive to the assemblage of his collages. A tenuous connectivity is always at play. As if the artist is putting a puzzle together out of the excess of detritus of our switched-on modern world and crafting koan-like narratives set to the chaotic, digital rhythms that surround us.

That his work is within the realms of what the western world calls “craft” is also a statement, even if by happenstance. There is no doubt Paulsen’s work meets with the merit of fine art, that old colonial hot potato. And as opposed to oil painting, his handiwork is elevated into the pride of African sculpture, tapestries and pottery, all claiming their right to aesthetic and Art.

Working felt would instinctively lead to fashion and, to be sure, in 2012 Paulsen and the fashion designer Adriaan Kuiters collaborated, creating the fashion line AKJP. Together they have shown numerous collections at events including Pitti Uomo 89 in Florence, Italy and; the Vogue Fashion Dubai Experience at The Dubai Mall in Dubai, UAE in 2015. In 2019 Paulsen collaborated with Neil Barrett to present their Men’s Spring 2020 runway collection. Paulsen continues to expand and present new collections, internationally and locally.

At 35, Jody has already achieved much, not only shifting culture, but in his own iconic way creating it too by instilling new traditions, narratives and perspectives that enrich African heritage in new, dynamic ways.

He has participated in several prestigious exhibitions including