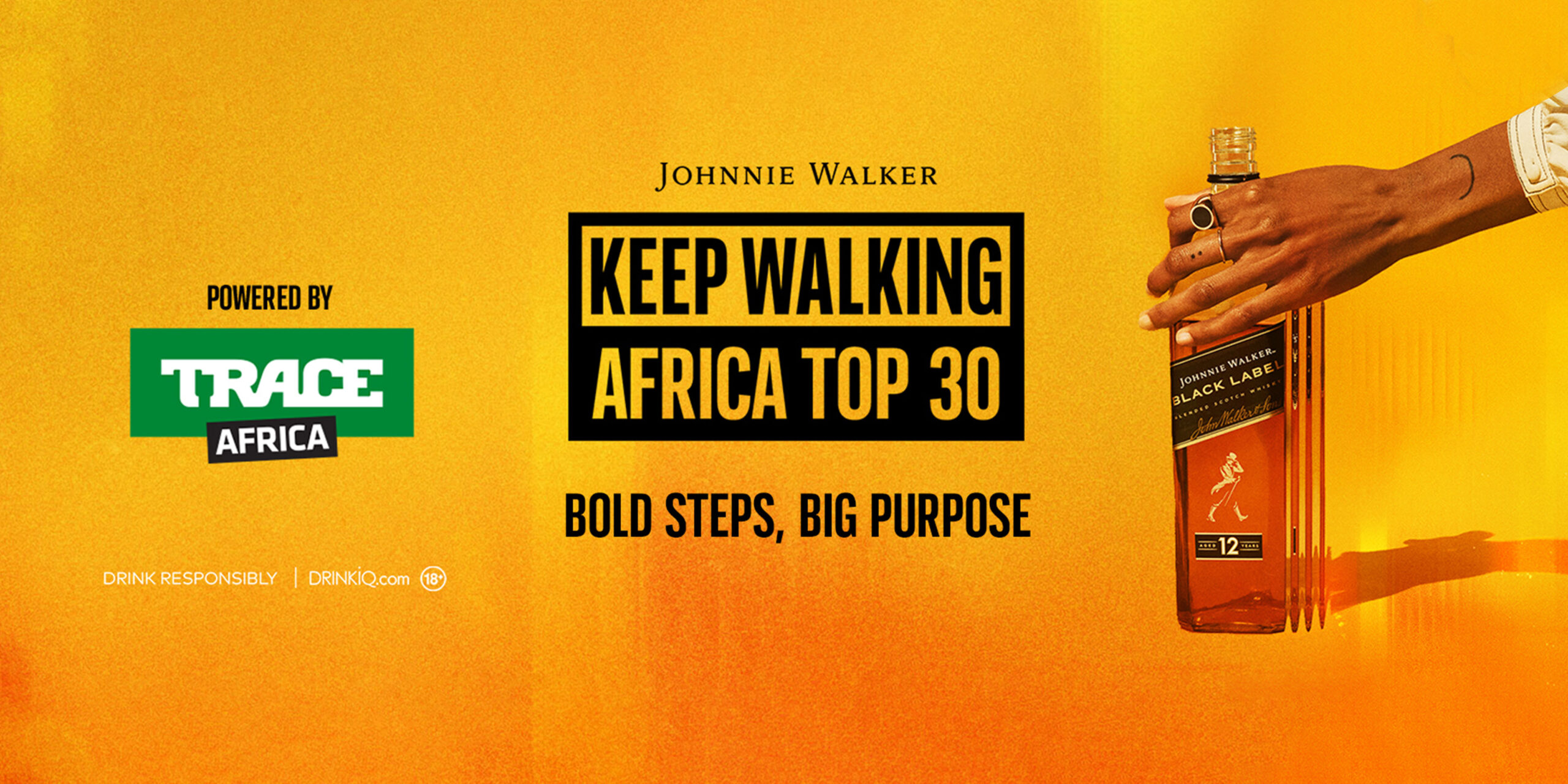 The inaugural Keep Walking: Africa Top 30 List has been announced, presenting a select group of next gen African creatives & visionaries who are boldly pushing culture forward while making impact on the continent’s creative economy, across music, film, media, fashion, and art.

An innovative new initiative from Johnnie Walker™ and Trace, the list comes after two months of rigorous searching with top talent managers and industry leaders across the continent to identify a definitive list of pan-African cultural shape shifters.

“We’re thrilled to have been able to bring this new awards platform to life along with Johnnie Walker™ and to identify this inspirational group of cultural shapeshifters. They all follow their own paths and, in doing so, bring nuance and progress to African culture; for which the world is taking notice,” says Valentine Gaudin-Muteba, Trace Managing Director, Southern Africa.

The extensive list includes artists & creatives from across the continent – from Angola to Côte d’Ivoire, Cameroon, Ethiopia, Ghana, Gabon, Kenya, Mozambique, Nigeria, Rwanda, South Africa, Tanzania, and Zambia – all of whom have given impetus to shape and moved African culture forward.

On the inaugural Keep Walking: Africa Top 30 list are:

“We’d like to congratulate all the recipients – they are all so deserving of this recognition. In our search across the continent for a fully pan-African list, it was always so rewarding to discover that, while creators come from many different regions and from different creative paths, there was always one intention – to unify and progress Africa’s collective culture. Along with Trace, Johnnie Walker™ is proud to be able to contribute by presenting this recognition,” adds Adrian De Wet, Brand Lead House of Walker and IPS.