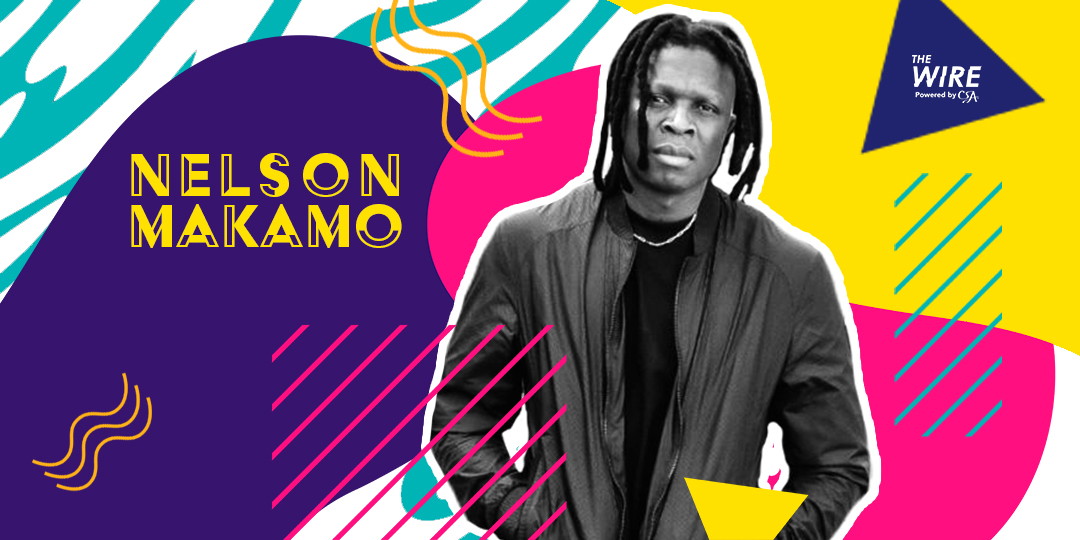 Nelson Makamo and his Life In Motion.

It’s hard to miss South African artist Nelson Makamo’s moving canvas – a Jet Black Metallic 911 Porsche Carrera Coupé, detailed with the art which has made him famous. It’s more than a metaphor: for Nelson Makamo’s immense talent has propelled him from rural Modimolle, Limpopo, to international fame.

Artistically inclined from a young age, Nelson Makamo moved to Johannesburg to develop his craft and studied print-making for three years. His first solo exhibition, “Walk with Me”, in 2005, at the Obert Contemporary Gallery in Melrose Arch, Johannesburg, served as a precursor to a lucrative and successful career, spanning solo and group exhibitions around the world from France to Italy, USA, the U.K., Germany and Scotland. One of his career highlights was exhibiting alongside David Koloane, Colbert Mashile, Deborah Bell and William Kentridge at the Ten Years of Printmaking Exhibition: David Krut Print Studio, Johannesburg, in 2006.

Makamo is known globally for being inspired by the innocence of children, specifically children in rural South Africa. For Makamo, the simplicity of the child’s mind reminds the viewer to seek peace and harmony in rediscovering the child within. It is for this reason that his work now forms part of the collections of fashion mogul Georgio Armani, musician Annie Lennox and TELKOM. His art also recently featured as the cover visual of TIME Magazine – under the heading ‘The Art Of Optimism – 34 people who are changing how we see the world’. When it comes to Nelson’s creative process, there is no limit to his sources as he draws inspiration from comic books to the works of Picasso and Van Gogh. However, it is his heritage – including African artists such as Dumile Feni – that truly moves him to create.

A journey with Porsche – My Life in Motion

Nelson Makamo always had a dream of owning a Porsche and then personalising it into his own moving canvas. After an encounter with the latest 911 in Franschhoek, Western Cape, he decided to take the plunge, ordering a Jet Black Metallic 911 Carrera Coupé. But this would be no ordinary Porsche.

Makamo hand painted several parts of the car at his Johannesburg studio – the rear bumper, front seat mouldings, door panel inserts and handles, dash panel inserts, parking brake console and side mirror covers – before shipping it back to Porsche Centre, Johannesburg, for a final layer of lacquer and fitting.

To pay tribute to his mother, the woman who he views as his biggest supporter and source of inspiration, Nelson chose the left side door panel insert to feature the inscription ‘Mma’ – three letters that mean ‘mother’ in Sepedi. This is the first time that he has mentioned his mother in any of his artworks.

‘My Life in Motion’ represents not only Makamo’s personal success but acknowledges the people walking alongside him in his journey. In his new ride, the artist hopes to spark the imagination of African children and help spread a message of hard work, heritage, passion and resilience – which is about never giving up on what inspired you in the first place.