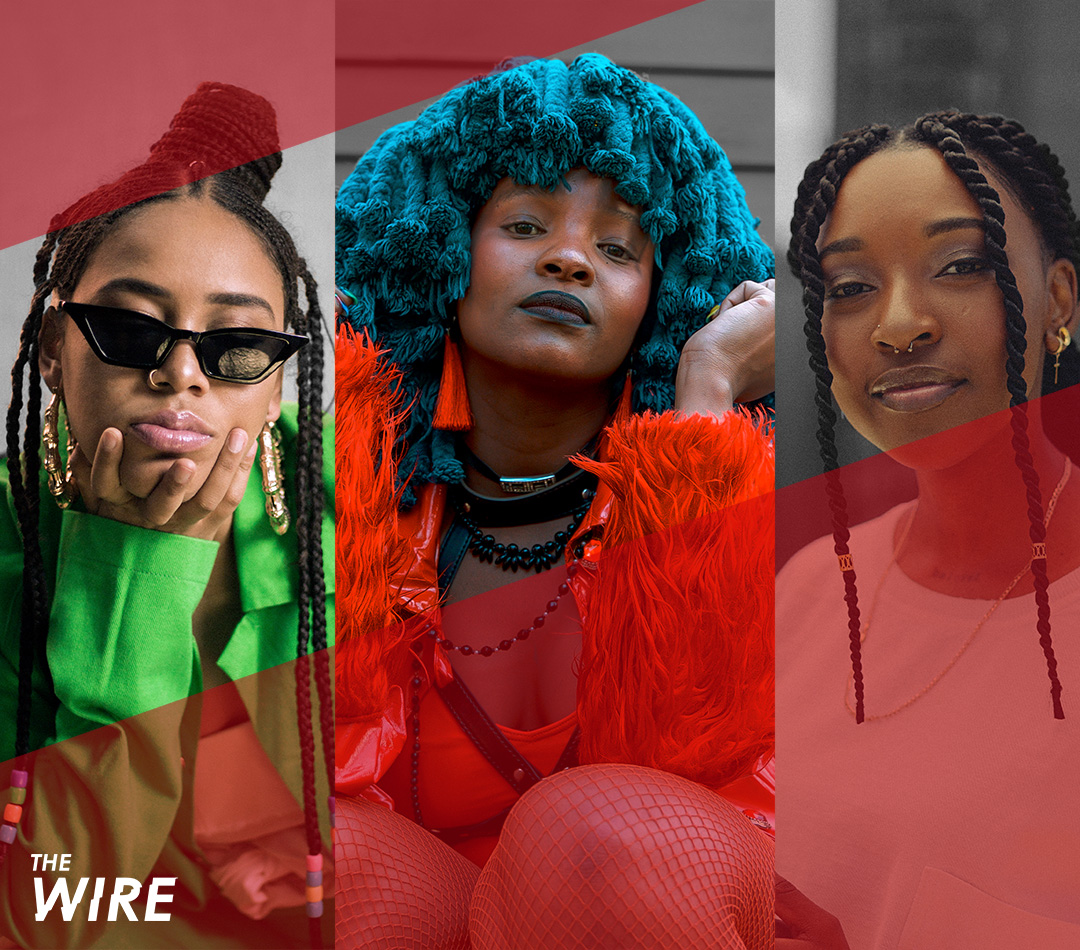 It began in Africa, the first clicks of the tongue turned into stories and song, syncopated handclaps and foot stomps into complex dances and markings on cave walls into visual art. Millennia later the authentic, unfiltered power of Sho Madjozi, Karabo Poppy and Moonchild Sanelly would manifest on the biggest global creative platform, BUDX Miami, during the Superbowl LIV Weekend. 200 of the world’s top influential creatives were not prepared for the “African” takeover, which can only be describes as visceral.

Sho Madjozi truly claimed her “superstar in the making” crown in a performance with DJ DIPLO which did Mzansi proud. Her hits Dumi HI Phone, Idhom, Wakanda Forever and John Cena were energetic and totally engaging with a cheering crowd begging for more. A truly stand out performance indicative of future talent from Africa claiming the global stage in the company of superstars like The Black Eyed Peas, Diplo and Halsey.

Part of the BUDX Miami program included the opportunity to see the NFL SuperBowl LIV game and Sho Madjozi kept serving the African spirit of celebration, bringing the party with her infectious energy including singing and dancing in the bus ride to the stadium. “This BUDX Miami experience and the chance to see the NFL SuperBowl LIV was a real dream come true. Performing on stage with DIPLO was amazing. Creating and telling stories with music, dance and singing is in our blood; we are the original culture makers, and the world can’t get enough. The message is clear, we must take our place on the world stage,” said Sho Madjozi.

Customising sneakers with weekend at #BudXMiami 🇺🇸👟. The best part about creating art in another country is getting to leave behind marks, zig-zags and lines inspired by South Africa 🇿🇦✍🏾. Where one can create pockets of presence globally and give people a glimpse into the creative expressions from one’s home. — — — #KaraboPoppy #Partner #BudX #BeAKing #SuperBowl2020 #Sponsor #Miami #Illustration #Nike #AirForce1 #WomanInIllustration #Johannesburg #Budweiser #Ad #Gucci

Street Artist and Illustrator extraordinaire Karabo Poppy was a “King of Sneaker Style”, owning a creative activation with the live customization of NIKE Airforce 1 sneakers into exciting collection pieces. It was a true Hip-Hop culture moment. “I am so proud to represent the voice of the African Aesthetic. To show the world, on a platform like BUDX Miami, how modern and relevant our creativity is, was a great privilege,” said Karabo Poppy. 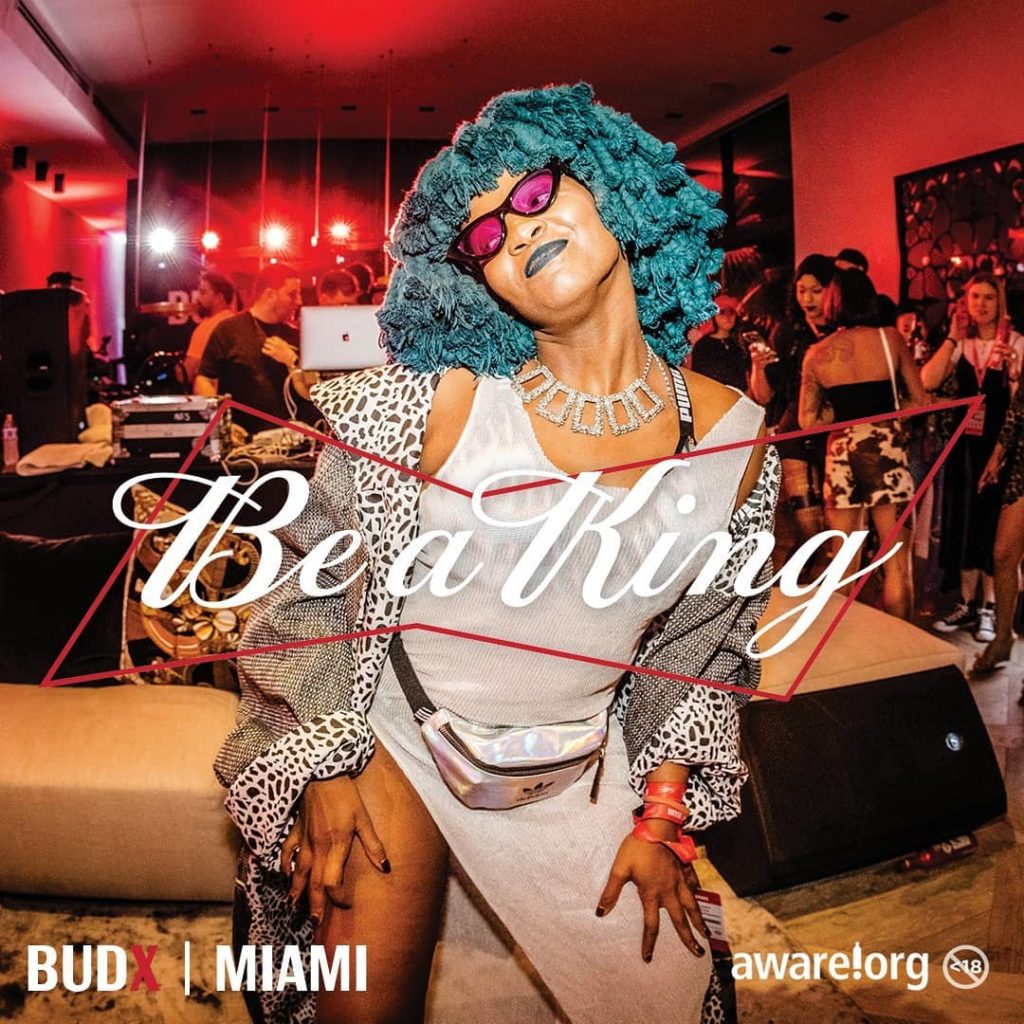 The BUDX stage, meanwhile, was not ready for a surprise performance featuring Moonchild Sanelly and DJ DIPLO. The incomparable Sanelly delivered a crowd pleasing charismatic performance which was both playful and tongue in cheek. Moonchild’s bold look with signature blue locks and expressive personality was a huge draw card at the SuperBowl generating a phenomenal interest with crowds of NFL fans eager to know who she was and to take photos and videos with her.

“BUDX was definitely one of the most exciting creative platforms to be part of and perform at. It was fantastic to meet so many inspiring & creative minded people. To have the chance to perform in front of your global creative peers as an artist was challenging but liberating. I’m so very proud to be African and we as a country have much to be proud of,” said Moonchild Sanelly.

“BUDX Miami was all about celebrating Kings of Culture and we are excited to play a role as culture curators, helping to craft the next set of trends by sparking creative collaborations. This is at the heart of who Budweiser is, recognizing and celebrating the Kings of Culture and energizing them to tell their stories of ambition. This creative output has motivated us to take BUDX to even greater heights next year,” said Thomas Lawrence, Marketing Manager of Budweiser Africa.

BUDX Miami was all about celebrating Kings of Culture, coming together to seize a once-in-a-lifetime opportunity to claim the spotlight on the world’s biggest stage. The SA trio truly dominated the weekend not only with their performances and activations, but put a definitive contemporary African stamp on the event. In a unique networking opportunity with creators in fashion, art & music, our own Kings of Creativity entered into many meaningful discussions on key collaborations, with news on many big developments and projects to come.

If there is one takeaway from BUDX Miami, it is this: Africa has put the world on notice. Our Art, Fashion, Music and Culture is a fierce and beautiful thing leading the world into tomorrow on its own terms.