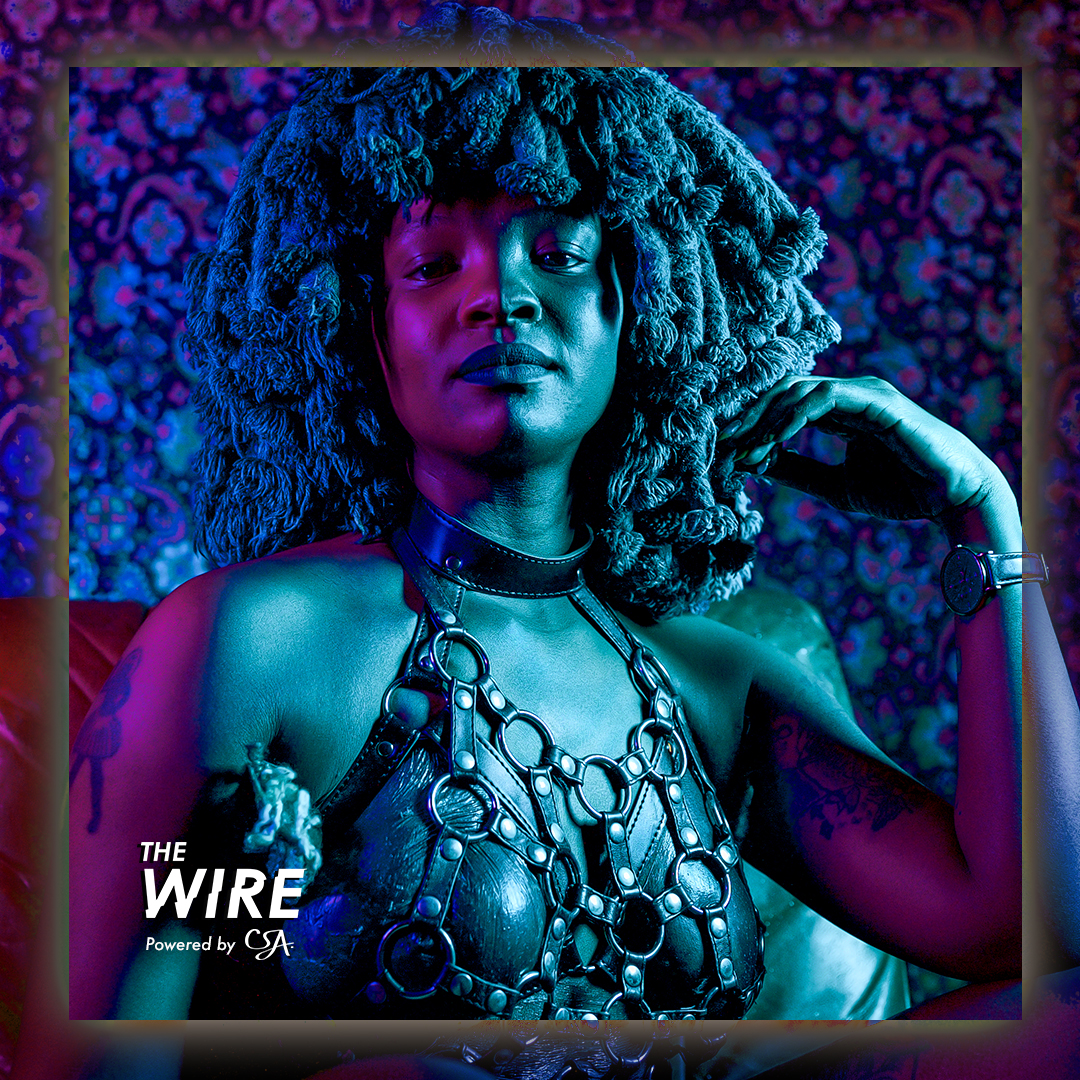 17 Apr The genius of Moonchild Sanelly

She is the enfant terrible of the South African music scene, a French expression evolved to find its usage applied to art, fashion and music, implying a successful, and often young, “genius” who is very unorthodox, striking, and in some cases, offensive, or rebellious. Moonchild Sanelly ticks all the boxes.

A provocative and controversial artist, in pushing the envelope, Moonchild Sanelly fuses the charisma of a proto Brenda Fassie and the daring of an early Madonna, carving a unique urban relevance of her own. Like her iconic predecessors, she has forged a confrontational narrative of female empowerment, championing her sexuality into a visceral combination of music and live performance.

Her artistry cannot be denied. An elemental distillation and crafting of experimental electronic, Afro-punk and edgy-pop with hints of her strong kwaito, hip hop and jazz background into the genre of “Future ghetto-funk” is equally imaginative, raw and trailblazing.

Recognized quickly as game changer, since Red Bull found her music through an EP on which she was featured with DJ Shimza, Sanelly has been busy. A breakout was followed by a feature on DJ Maphorisa’s smash hit “Midnight Starring” and a string of club bangers that included “Makhe” and “iWalk Ye Phara”. Her music has reached audiences beyond South Africa’s borders, playing at festivals like SXSW in Houston, Texas and Primavera Sound in Barcelona and from touring internationally with fellow agents of controversy, “Die Antwoord”. In no time “The Powers that be” came calling. Sanelly was featured on Beyonce’s “The Lion King: The Gift” album in the song “My Power” along with Busiswa and Nija.

Meantime, in 2020 Moonchild continues to qualify her “cool factor” with a surprise stage performance with DIPLO at BUX MIAMI during the SuperBowl Weekend, a gathering of 200 of the most influential creatives from around the world. Her burgeoning recognition for edginess is saluted by being chosen to wear the NOVA sneaker by Puma while other famous eccentric local celebrities. like visual artist Lady Skollie and musician Toya Delazy, wear her “Moonchild Cultwear” fashion range.