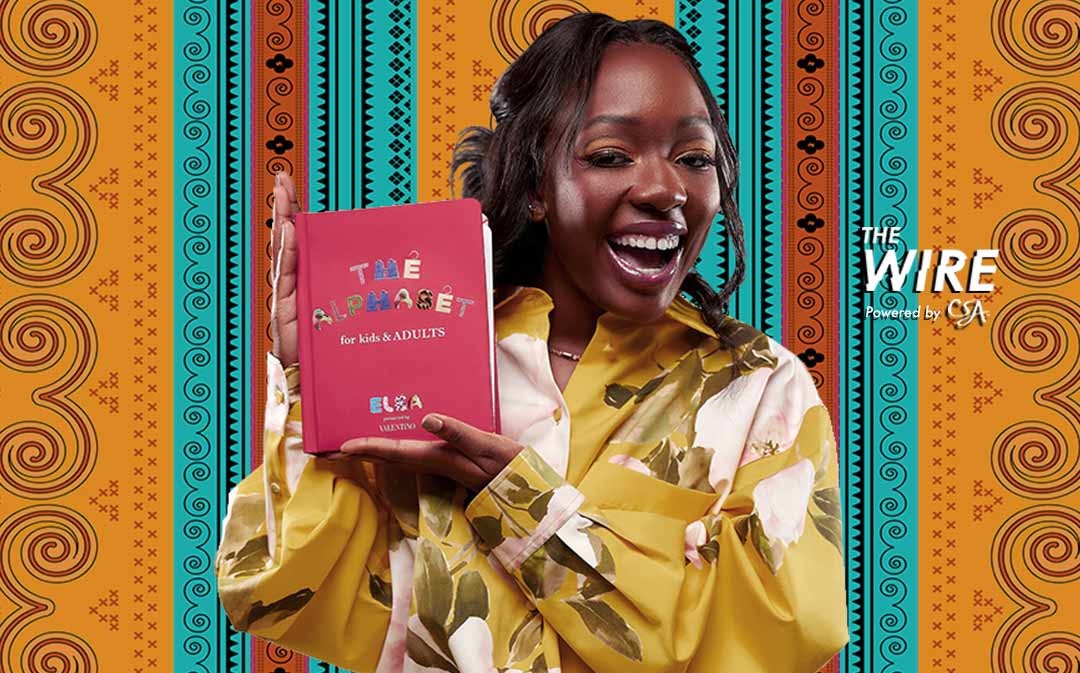 Caught in the throes of lockdown, Nairobi-born entertainment superstar prodigy, Elsa Majimbo, began making videos, inventing little sketches based on her sardonic observations of society at large. From Instagram, the videos went on to TikTok and exploded into popularity. As fans came in their millions, Elsa ramped up the content production to include an interview series called “Bedtime with Elsa,” a podcast with an enviable guest list, and other hilarious projects including the first ASMR trap song about chocolate snacks. Her obvious talent and charisma were recognized by winning the African Social Star of 2020 award at E! People’s Choice Awards. And of course, being at the centre of entertainment culture, brands came calling with strategic alignments to date including MAC Cosmetics, Eyewear by Rhianna’s luxury brand FENTY and BEATS by DRE.

It’s in this shifting time of global economics and trends in culture & technology that Elsa is navigating the business of entertainment with a seamless 360 maturity. Her biggest creative project this year is a thoughtful collaboration with the esteemed global fashion house, Valentino. For a new arrival it is nothing less than a coup, denoting substantial cultural bank.

After an initial tease on Instagram, it was revealed that this was not a high Fashion collaboration but an editorial one with Valentino. In fact, the project is a first in a series of cultural activations by the Maison and comes in the form of a limited edition publication that includes an inclusive, educational focus.

The book, “The Alphabet for Kids and Adults”, is written by Elsa and her publicist Mohamed Kheir, also a successful author and comedian in the United States. It expresses a deeply ironic and comical musing of the world. Known for her off-beat sense of humour, the book is embedded with Elsa’s phrases and jokes, designed for children as well as satirical observations for adults.

“I liked the fact that different generations can be connected. The idea is that this book accompanies the growth of the little ones; that there will come a time when they will be able to grasp all the references also designed for their parents,” said Majimbo.

The collector’s item book will not be available for sale but will be produced in limited quantities and made available for friends of Elsa and Maison Valentino. In effect, it exists as an interactive art piece.

With Elsa’s audience of 619,000 followers on TikTok and nearly 2.2 million on Instagram, it’s telling to see which international brands she is choosing to work with and to what end. It decidedly casts Elsa as a new kind of Entertainer from Africa as she steers a global conversation while crafting her own stylised narrative.