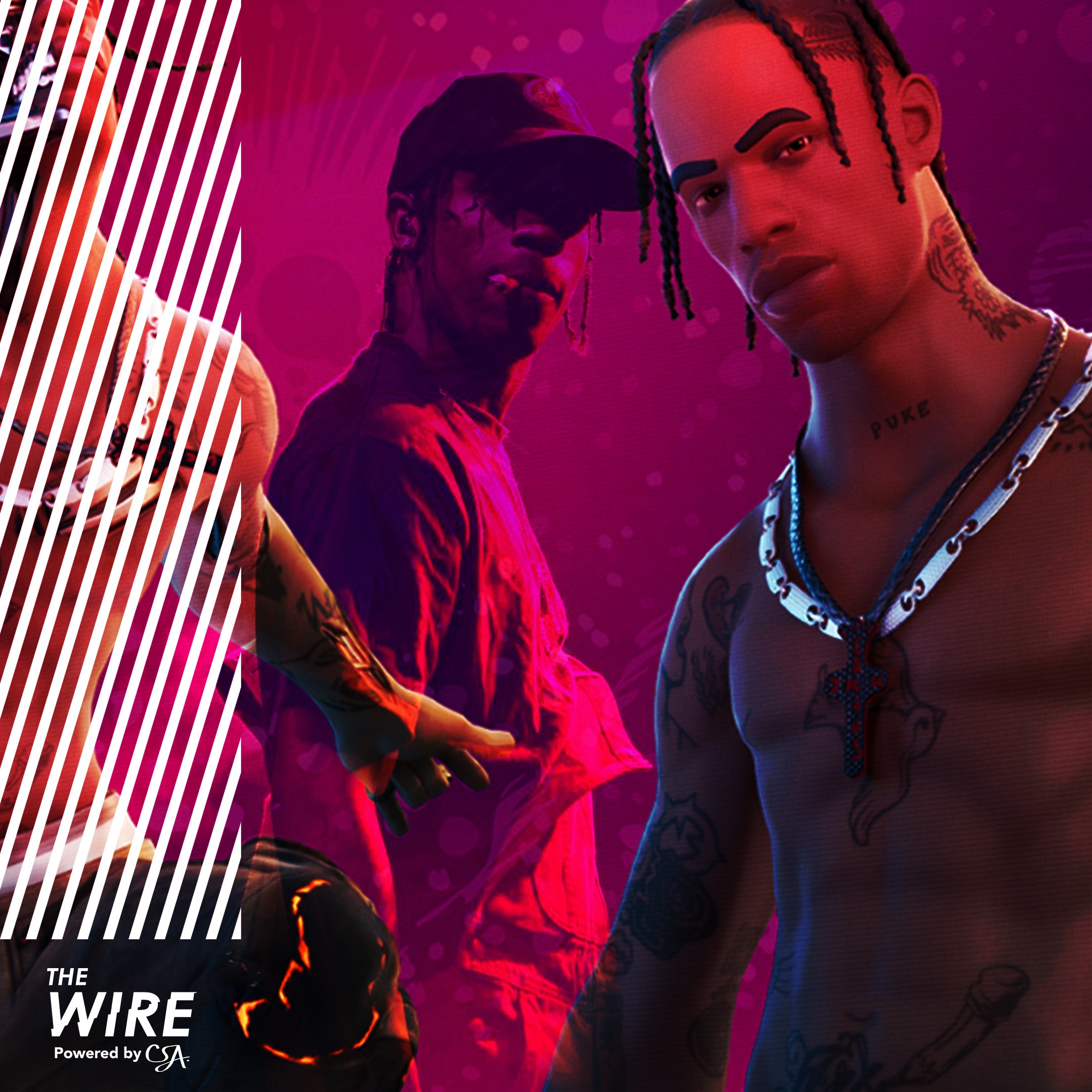 17 Jun Travis Scott rewrites the Future of the Music Concert

Rapper Travis Scott staged one of the greatest cultural events of the year recently, and it all took place during lockdown. His latest concert, a 10 minute performance within the video game Fortnite, was a surreal and spectacular moment with an epic 12.3 million audience, the biggest live audience in the game’s history, watching/participating in real time. 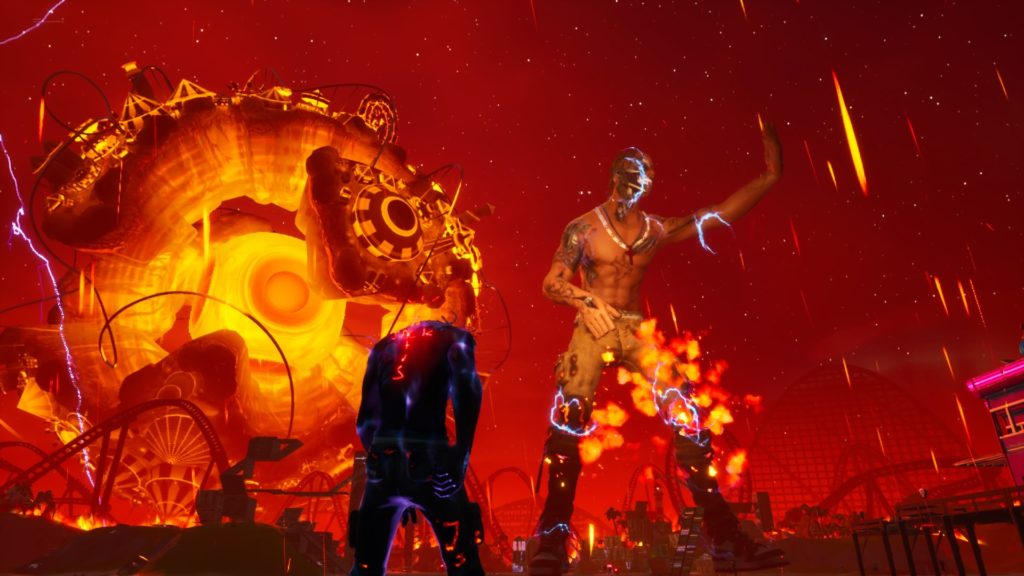 Such a feat can clearly be seen as a monumental shift in human culture and entertainment as Scott shatters online audience records, and the expectations of the way we will experience live music, especially during the global quarantine.

Fortnite is an online video game developed by Epic Games with its Battle Royale version (where up to 100 players fight to be the last man standing) acquiring more than 125 million players (with 62.7 percent of players are aged between 18 and 24, and a further 22.5 percent are between 25 and 34) and in under a year becoming cultural phenomenon. In 2019, Fortnite brought in revenues of $1.8 billion, according to data reported by SuperData Research, a Nielsen Company. 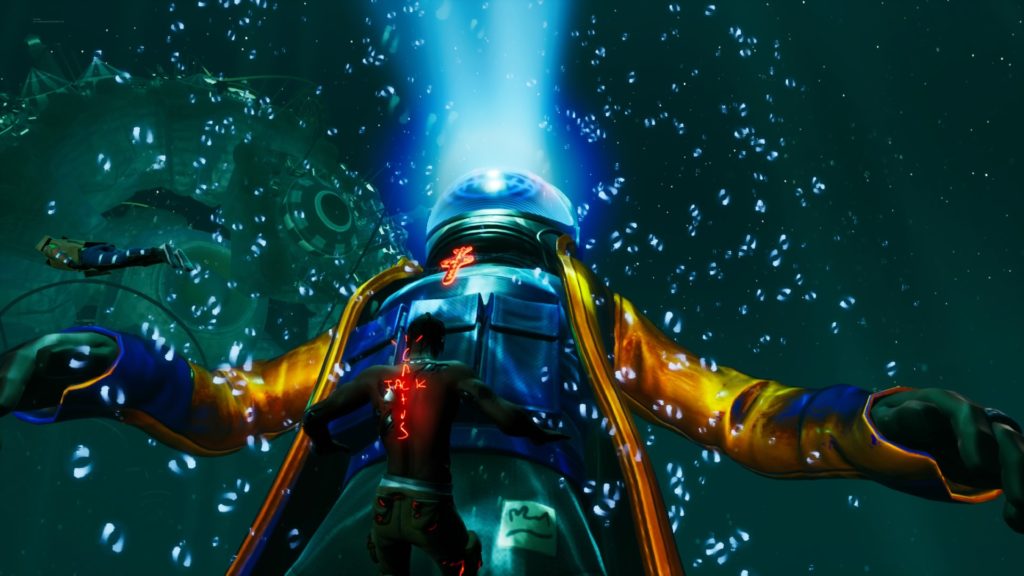 The entire Fortnite island became the stage for Scott to stomp around in the guise of a digital colossus. The spectacle, true to its live concert leanings was immersive and also engaging with digital merch including Scott-related skins for players’ own characters as well as flaming microphone stands held high during the event (a reference to a much-memed Scott concert photo). An exciting moment was Scott premiering a new track “The Scotts” featuring Kid Cudi. After the concert Scott also released tour merch including a collectible action figure set, NERF Elite Dart Blaster and gaming jerseys. 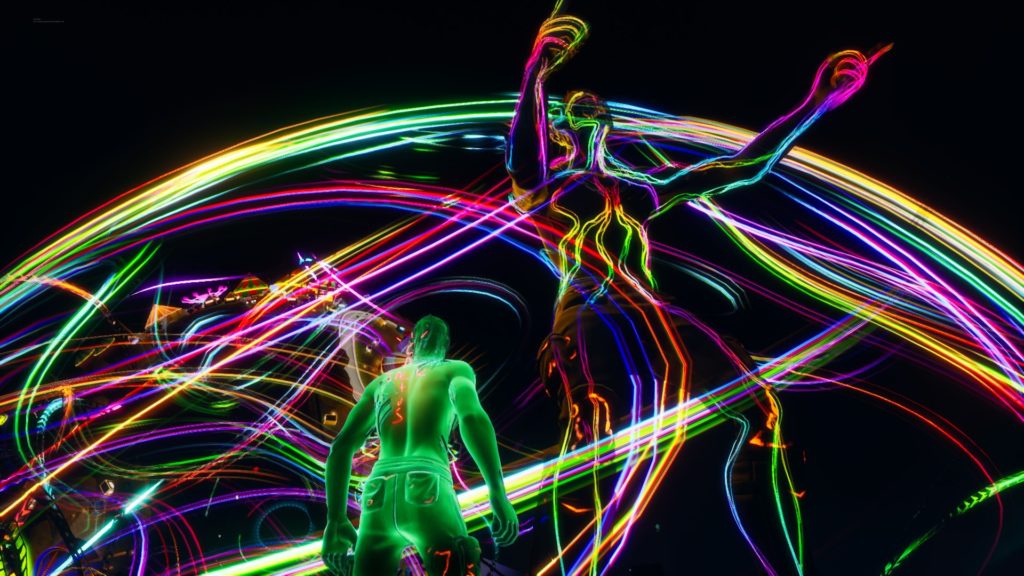 The collaboration for Scott and Epic Games is powerful. As per Rolling Stone Magazine, Spotify listens for Scott rose by 25%, with some tracks rising by 50% before the concert. The promotion of Scott’s new single “The Scotts” on Fortnite amplified it as the biggest streaming debut on Spotify. Fortnite in turn won with 12.3million logging on to see the concert proving its leverage as a player in the gaming industry. 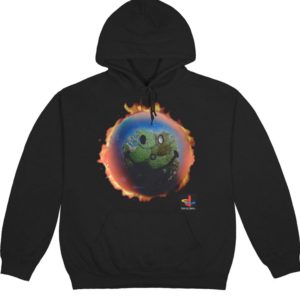 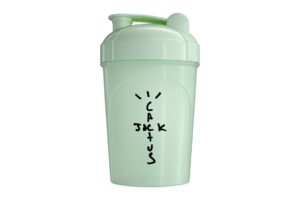 Although Virtual concerts are not new, they are here to stay. They are brand friendly, they have communities readily primed and reachable with devices they already own (no expensive VR mask necessary). The future of live performances seems exciting as more artists engage with online platforms, the technology evolves together with branding opportunities. 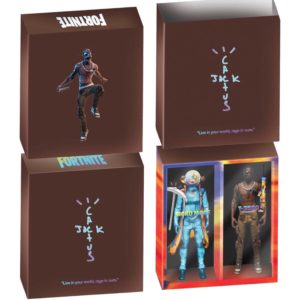 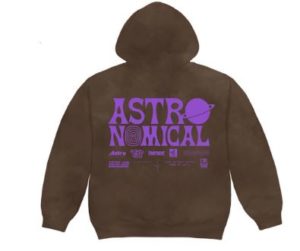 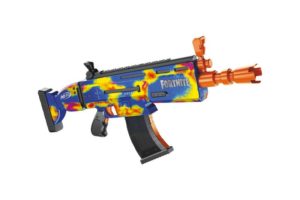