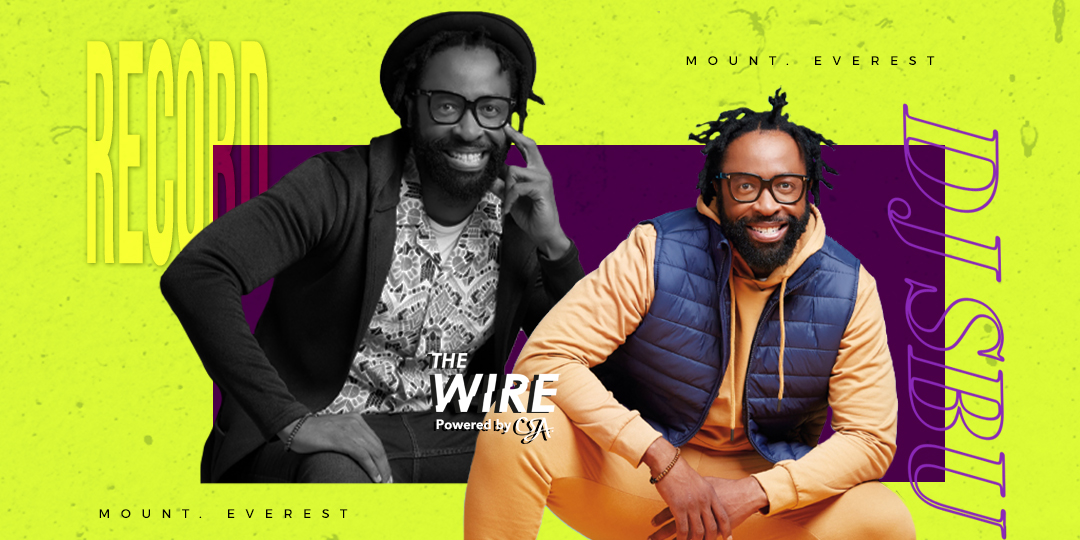 DJ Sbu: The highest DJ set in the world!

Tenacity and ambition are in no short supply when you consider superstar Radio DJ Sbu Leope, better known as DJ Sbu. Last year he established the Guinness World Record for the longest radio broadcast, on his online radio station Massive Metro, on air for nine days straight (or 216 hours to be exact).

Now Sbu has set his sights on the highest mountains in the world. Not only is it a strenuous task simply to make it to base camp of Mount Everest in the Himalayas, but our intrepid DJ and adventurer wants to go for another Guinness World Record – the highest altitude DJ set ever.

Announced on his social media, Sbu said: ”Time to raise the bar higher again! Let’s go! Stop for who? We keep going… Excited to announce that my application for my 2nd world record attempt has been accepted by @guinessworldrecords . We doing it again for a good cause. All sponsors are welcome. This time for the Highest Altitude DJ Set in the world.”

The grand physical attempt is not without merit. The feat will be done as a conduit for fundraising for the Siyazigabisa Home of Hope, which shelters orphans, runaways, and abused women.

Known for his philanthropic initiatives, Sbu is the founder of the Sbu Leope Foundation which impacts impoverished communities & those with potential, as well as executive chairman of Leadership 2020, an organisation inspiring young entrepreneurs.

In addition to training for the Guinness World Record, Sbu has promised new music and a tour.

“From July leading up to the world record attempt in December, I will be dropping new music and launching a nationwide and Africa tour playing in different venues, indoor and outdoor, in various African countries; entertaining crowds while rallying support and getting ready for Mount Everest, playing 100 percent African music,” said Sbu.“No compromise!”